So I was browsing around the net looking for information about Mount Greylock, as you do, and this site made me smile: 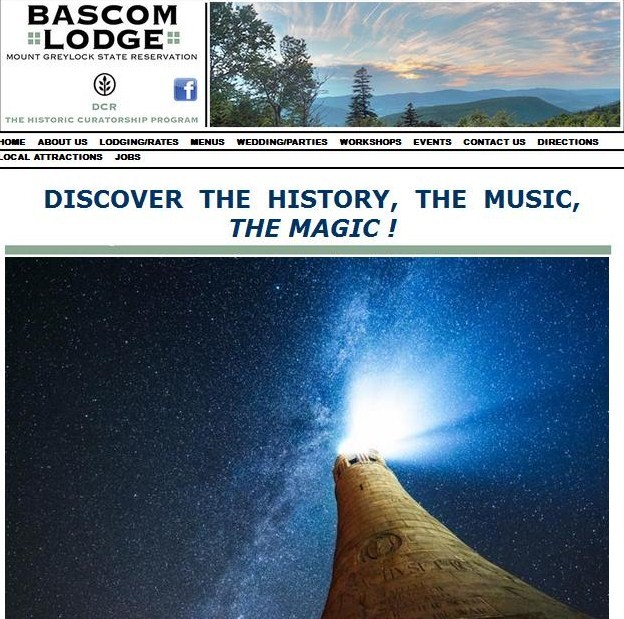 I wonder how many people have turned up this summer looking for Ilvermorny? :) 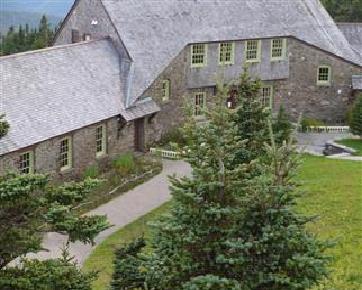 394 words. 394 measly little words. That's all that was keeping me from the end of Invictus 19 for the last few... years. But much to my relief, once I'd squeezed out some magical technobabble it flowed smoothly to the end.

I finally got round to posting all the extant chapters on Archive of Our Own; I will continue to post both there and at FictionAlley (though I don't think I'll bother posting any new fic at FictionAlley).

So if anyone following me is interested and hasn't found out by other means, Chapter 19 is now available to read here at FictionAlley and here at Ao3.

Thank-you again to everyone who's prodded me about this over the years. Now to get on with Chapter 20 in something less than seven years!

Can I just say how happy I am about JKR writing a film based on Fantastic Beasts? Not just because of the subject matter - I wasn't quite daring to hope that JKR would write more in the HP universe, let alone that it would a) focus on adults (Newt Scamander would be early 20s in 1920?) and b) expand the world in a direction than fanon generally hasn't.

But more - I'm so, so happy that fandom will have something new to gather around. :)

Also, I'm curious about who they'll cast, given that so many excellent actors are established characters in the later timeline. I suppose Newt will be a young barely-known, but I'm hoping that certain older actors who didn't get into the orginal films might have a look-in here.


Meanwhile, we have Leavesden Studios. To which I have still not been. Which is something I would like to rectify, preferably in the company of other fans. If you're interested, plans will be discussed here.

And before that, there's

hp_holidaygen. I extended sign-ups to the end of Saturday 21st September, so there are still two days to sign up!

Hmmm. How did two months go by since my last post?

hp_holidaygen, here on Livejournal and here on dreamwidth, for those who prefer to hang out over there.

Please join in, if you're so inclined - and please spread the word!

One of my colleagues, who has an interest in graphic design, sent me a link to this article about the people behind the visual style of the Harry Potter films. (It was written to publicise an exhibition of their work, which is sadly now over.) It's interesting reading, particularly about their design influences - I always felt a nagging familiarity about some of the artwork in HP films, and it's interesting to know where it came from.

They also have a link to their website where you can buy insanely expensive prints of Quidditch World Cup posters and the like. I find it interesting that they can sell them directly, with no mention of WB in sight - I had the impression that work done by prop designers and the like usually belonged to the production company, but perhaps they managed a different contract - or just thought mentioning licensing on their website wasn't cool enough.

My favourites, I think, are some lovely posters for both this year's LeakyCons. Sadly there's not much explanation - I don't know whether they are official Leaky posters (can't see any sign of them on the Leaky site, but I can't get that to work properly) or just to promote their panel.

I've finally started to archive my fics on AO3, and I'm loving how easy and fast it is. It's been interesting reading through stories I've not looked at for years, and it's been rather sobering looking at the dates and realising that I wrote so many of them 8-10 years ago, and even those I think of as being relatively recent are 4, 5, 6 years old. Time seems to be slipping by... also, I see that Bloomsbury is bringing out a 15th anniversary edition of HP, which makes me feel even older!

It's also been interesting looking at the list of fics as a whole (though not all are archived anywhere yet). I used to think I wrote mainly missing moments and darkfic, but actually most of them are either:

* Short (2-3000 words) gen interactions between pairs of characters (most of my fic[lets] fall into this category)
* Angsty/stylised character sketches (Fudge, Dumbledore, non-squib!Arabella Figg)
* Nastily dark (only two or three, but then as Invictus has several times the word count of all the rest of my fic combined, the time I spend writing feels more weighted that way)
* and a very few longer (6000 words+), plottier gen oneshots

So, it feels like quite a mixed bag. I can't help wondering what people think if they look at my fics after finding Invictus and see so much that is labelled (very clearly, on AO3) as General Audience/Gen/No warnings apply!

I miss the community on FictionAlley where seemed to be an audience for genfic - I'm not sure now where to go to share it (either posting or reading) these days, outside of fests. Which is why I'm excited by the list of participants posted on

minerva_fest. I know it's not a genfic fest (though I'm hoping there will be some gen there), but I'm happy to see so many writers I know and like. Feels like a little bit of ficwriting home - or at least a friendly local pub. Claiming is still open if you've not signed up and want to join in.

Now I just need to get on with writing mine (after Invictus 19, I hasten to add for the benefit of the anonymice. ;)

In honour of the longest day - and of the tenth anniversary of our first glimpse of the Ministry in Order of the Phoenix - I offer you this ficlet. My apologies to those of you awaiting Invictus 19 that this isn't it, but I hope it may amuse you. :)


Music: The Rough Dancer and the Cyclical Night by Astor Piazzolla. (E.g.)

I'm not entirely sure why the BBC decided to post a magazine article on Detroit today but the mention of grandiose decaying buildings piqued my curiosity. (The article itself was rather more upbeat.)

Peering at the pictures of various (ex-)civic buildings and in particular Michigan Central Station gave me the same feeling of nostalgic fascination as I get when looking at pictures of the Titanic, or Pripyat or - somewhat closer to home - the Bradford Odeon.

I'm not proud of that reaction. It feels somewhat ghoulish to react to sites and sights of abandonment and decay (and in the case of the Titanic, mass death) with anything other than dismay. But somehow looking at the rust and the rubble makes the past feel more tangible - where time has stopped, the grandeur and dreams of previous eras seem closer. It's easier to imagine past lives surrounded by past paraphernalia (however rusted) than it is in a bustling restored building that has meaning in the present. And I can't help feeling desperately sad for people who built their lives in places that are crumbling, for whom the decay is not a spur to a curious imagination but a ruination of cherished memories.

So, I've been keeping an eye on the

hp_uk_meetup community, but I've been brainfogged the last couple of weeks so missed the poll on this years' gathering.

Which will be in Edinburgh on 14 September. Go here for more details.

Hope to see some of you there?

...and very comfy reclined seats, and also a small art gallery, which is a nice touch for a transit airport - makes it feel like travelling through a country rather than another anonymous air transit node. Even if almost all the signs are in English only. Doesn't quite match Vancouver's departure lounge with stream running through it for relaxation, but a pleasant way to spend a few minutes feeling I'm doing something other than waiting.

Feeling a little more relaxed now that I'm on my way, through paranoid that I didn't lock my flat properly. Not much I can do about that now except hope that the anxiety is just a product of pushing myself too hard on too little sleep for a few weeks. I'm getting better at giving myself space to prepare for travel by not leaving as soon as I can after work, but this trip and Ascendio last year were a bit more stressful because of having to prepare things other than myself! As it is I have a little more to do than I'd hoped to do once I land, but starting to look forward rather than back now. :)

I decided to bring my winter cloak, as I had the impression that Laconia may be cool enough to get away with wearing it, and I love travelling with cloaks (all valuables safely covered, and a portable blanket to snuggle in). But with the Hogwarts bag (wanted something a little in theme and it's a good size for handbaggage) and DH pendant am feeling ever so slightly self-conscious! Or like a travelling witch forced to use Muggle means. Arranging international Portkeys isn't as easy as it could be. ;)

Was wishing for the ability to Summon a crochet hook, and musing that witches and wizards could play havoc with airport security.
Collapse